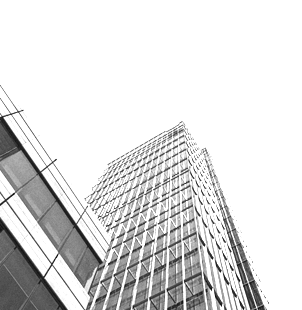 In the face of COVID-19, different countries have different approaches and the effect of anti epidemic be quite different. The latest report released by the International Air Transport Association (IATA) in November 25th shows that COVID-19 has made the international air travel market a major reshuffle. Shanghai has replaced London as the world's largest hub.

At present, the four cities with the strongest aviation connectivity in the world are all in China. They are Shanghai, Beijing, Guangzhou and Chengdu.

Screenshot of "Shanghai rising to the world's largest hub"

"New data: Shanghai has now replaced London as the most connected city in the world" IATA twitter screenshot According to the BBC report on November 26, IATA's aviation connectivity index will measure the connectivity between a country's cities and other cities in the world, which is very important for trade, tourism, investment and economy.

Between 2014 and 2019 before the outbreak, aviation connectivity in most of the world's 10 most closely connected countries or regions increased significantly. The United States remains the most closely linked country, with a growth rate of 26%. China ranked second with connectivity growth of 62%. Among the top 10 countries with outstanding performance, India ranked fourth (an increase of 89%) and Thailand ranked ninth (an increase of 62%).

In jeopardy after the outbreak of COVID-19, the association judged that 46 million jobs related to air transport were in danger.

Among them, large transport hub cities such as London, New York and Tokyo have been hit hard by the sharp reduction of inbound and outbound flights.

London was once the most connected city in the world in September 2019. In September 2020, its connectivity plummeted 67% to No. 8.

In addition, the aviation connectivity of cities such as New York, Tokyo, Bangkok, Hong Kong and Seoul decreased by 66%, 65%, 81%, 81% and 69% respectively, all falling out of the top ten.

According to the statistics of China's tourism department, air travel in mainland China has basically resumed.

In the latest list released by IATA, the aviation connectivity of Shanghai, Beijing, Guangzhou and Chengdu ranked the top four in the world in September 2020, Chicago ranked the fifth and Shenzhen ranked the sixth. In this regard, the tone of the British "Daily Telegraph" is a little sour, claiming that Shanghai "stole" London's crown of "the world's largest travel hub"; He believes that the new data that London fell to the eighth place has once again dealt a blow to the city, which has always been regarded as a global travel center.

IATA said that the epidemic had dealt a serious blow to the interconnection between cities. Sebastian mikosz, a spokesman for the association, said: "this great change shows that the degree of global connectivity has adjusted in the past few months."

"There are no winners, but some cities have less damage."

Last month, Paris Charles de Gaulle Airport replaced London Heathrow airport for the first time as the busiest airport in Europe. Some people in the industry criticized the British government for failing to introduce a detection mechanism to reduce or even lift some necessary blockades.

John Holland Kaye, CEO of Heathrow airport, said, "EU countries are implementing detection mechanisms to speed up the re operation of the aviation industry. Now we see the effect."

Earlier this week, the British government announced the introduction of the "detection and release" mechanism from mid December, which will shorten the isolation time of immigrants from "red" countries from 14 days to 5 days.

According to the website of Johns Hopkins University in the United States, 17557 new crown cases were added in the UK on the 26th. As of 7 p.m. Beijing time on the 27th, nearly 1.58 million new crown cases had been reported in the UK, with 57128 deaths.